He was born 1951 in Zagreb in the “film” family, and was thus relatively early involved in the professional film production, acting as assistant cameraman..
In 1983. he graduated from the Cinematography Department at the Academy of Dramatic Arts in Zagreb. As a cinematographer he worked on documentaries and short films with renowned Croatian directors in every generation.
He worked for the “Zagreb’s Film Archive” and between 1983 and 1991 independently finalised more than 300 titles of film reportages (filming, editing and writting the narratives). He also has experience in the fields of advertising and comissioned films.
In 1989. he filmed motion pictures “Hamburg-Altona” and “A Great Marriage”, and the television drama “Woman”. Between 1991 and 1996 he worked as an associate cameraman for the Croatian RadioTelevision (Croatian public broadcasting company) – he recorded over 200 titles of television broadcaset for all programs (television shows, documentaries and motion pictures). He also filmed a music video with David Bowie for the Chinese market.
In the beginning of 1998. he started with the experimental filming of time animations, for a period of 18 months. During this project, he wrote a script for short film “Images of Time” and used this script to direct his first independent film. The film won the “Kodak” award and was included in the following international film festivals: Tampere, Regensburg, Drama, Athens, Tehran, Cottbus, Sao Paolo, Tangier and San Francisco. In 2001 he completed the experimental film “System of One” which was screened at the festival in Montevideo. During the early 2002 he directed “Dance Faust Dance”.
He directed the film “Space Theater” featuring the painter Dalibor Jelavic as part of the series “Portraits of Artists”. During the 2003, he directed the documentary “Zagreb’s Hapless”, short film “Cathedral’s Bellringer”, documentary “Four Days in December,” and recorded the short film “Bridge, Bridge” and experimental film “Lisinski”. In 2005, he directed the documentary “Roses from Plitvice Street”; in 2006 the documentary “Our Factory”, for which he received the award “Golden Oil Lamp” at the film festival “Days of Croatian Film” in 2007. In the same year he produced an experimental film “Passing Karlo Draskovic” and the documentary series “Professions personally” which continues in 2008 and 2010. He directs the documentary “Stories from the Border” in 2009, and in the same year he was the author of the experimental film “The Passenger”. On the festival “18th Days of Croatian Film” he received the award for for best camera work for his photography work in the film “One Day in the Institute for the Blind and Visually Impaired Children”.
He applied a cinegraphy system during the filming of the experimental films “Passing Karlo Draskovic” in 2006 and “The Passenger” in 2009. In 2010 he wrote the script and directed the docufiction film “Tijana”.
During 2001. he participated in a group exhibition of Croatian photographers entitled “Seeing Time,” which was presented in Beijing, Shanghai, Wiesbaden and Zagreb. In 2002 he participated in the international exhibition “From Winking to Moving” at the Art Pavilion in Zagreb and in the group exhibition of contemporary Croatian art “The World Will Not Be the Same” in Amsterdam. In the House of Visual Arts in 2003 he presented a solo exhibition of cinegraphy named “Dance Faust Dance” refering to the experimental film of the same name. In year 2006. he organized a solo exhibition “Magnitude” in the gallery Badrov, which was presented in Čakovec, and his cinegraphy exhibition “The Passenger” opened Dokuart in Bjelovar in 2012. In September 2013, in the CroArt photo club he presents a cinegraphy exhibition of the same name. 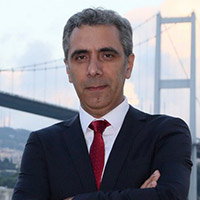 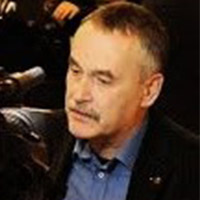 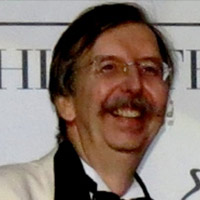