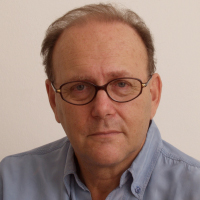 He has been composing for over 60 years. During that time he has created an opus of more than 50 films (including the 1991 film Scissors, starring Sharon Stone and Ronny Cox, and the 1986 film The Girl) plus more than 100 episode soundtracks, 11 theater musicals, two musical films and two ballets. His musicals have been performed live in theaters well over 1000 times.

He received a degree from the Faculty of Architecture of the University of Zagreb but chose instead to follow his passion for music. Alfi wrote his first song when he was eight years old.

During several Winter Olympics leading ice skaters have performed to his music.

Alfi is a former president of the Croatian Composers’ Society (1996 – 1998) and currently a member of the international organization FIDOF.

His music has won many awards at national and international festivals.