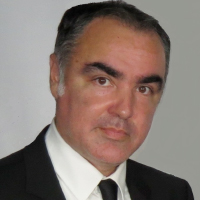 Miro Branković, born in Zagreb in 1967, graduated from the Faculty of Political Science of the Zagreb University and is a well-known documentary maker for HRT (Croatian National Television).

Since 2002 Miro has been the head of documentary and history programming of HRT and has picked up more than 50 domestic and international awards over the past 10 years. These include prestigious festivals such as Cannes, Karlovy Vary, Veliko Tarnovo, San Migel, Telč and, Azori.

Miro has twice been presented with HRT annual awards, in 2005 and 2013, on the strength of his professionalism and the quality of his documentaries.

He also worked as an editor on a Jiri Menzel project for HTV.

His programs, series and documentaries have been sold to many countries around the world, including Australia, France, Portugal, Norway, China and Brasil.

Miro is a member of the Film Artists’ Association of Croatia.