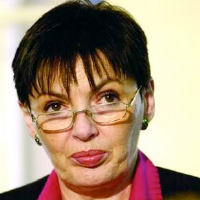 Pave Zupan-Rusković was born in Dubrovnik and graduated with a master’s degree in tourism from the Faculty of Economic Sciences in Zagreb.

Aged 13 she began to guide people for the Atlas tourism agency. From 1968 she started work as a clerk in the agency then moved up to positions in the foreign tourism department and service planning before becoming director of road transport. In 1982 Pave took over as the director of Atlas, holding the position until 2000.

From 2000 to 2003 she was Croatia’s Minister of Tourism. In 2004 Pave was appointed a member of the strategic committee for the development of world tourism in the WTO (World Tourism Organization).

Pave continues to attend technical meetings and is a member of several domestic and international professional associations. She holds a position on the professional council of the HTZ tourism council at the Ministry of Sea, Tourism, Transport and Development.
She has made numerous professional presentations and in 1990 chaired the annual meeting of ASTA International in Dubrovnik (with 1,200 participants) and the 1991 meeting in Istanbul. On the basis of her presentation it was decided to establish the Rebuild Dubrovnik Fund along non-profit and non-politicallines. This is important due to the fact that it is to date the only case when the ASTA’s program was held outside the United States.

For her active participation in professional associations Pave has received numerous prestigious awards and honors, including ASTA International Agent of the Year 1999 and King Hussein’s Peace Award 2000.